We are a petite family business that provides a warm welcome to all our customers with an authentic French menu.

All our menu is available from 9am until sold out, we strongly recommend placing your order online if you can’t come early. Please know that you may change the pick-up time of your order. If you have a special event, send us an email at least one week in advance at contact@lefrenchrooster.com. 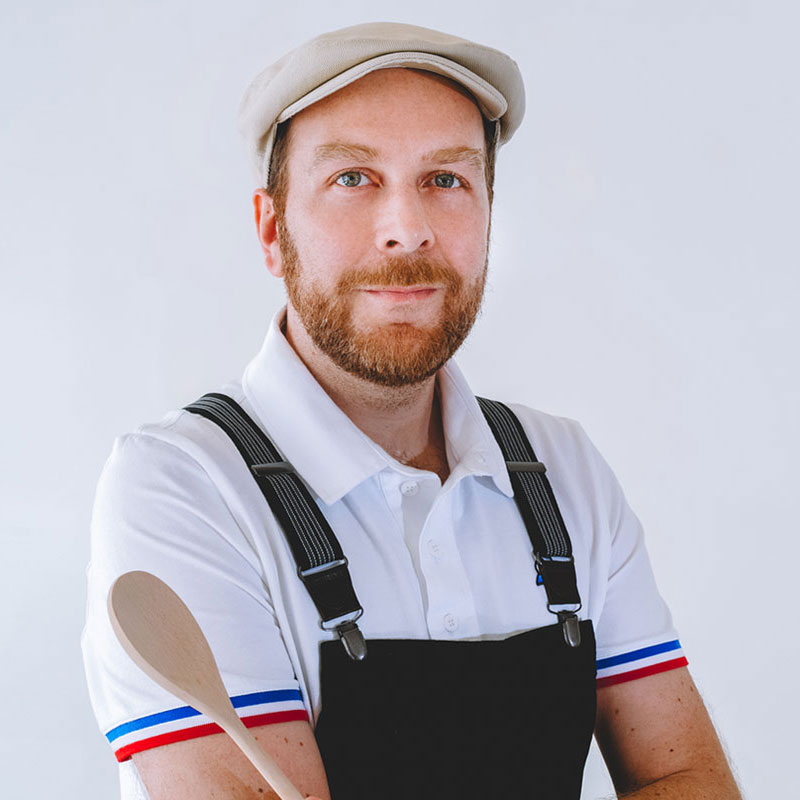 Born in France, son of restaurateurs in the city of Strasbourg, he always enjoyed cooking and baking with his grandmother at an early age.

While studying marketing, he realized that his dream was to embrace a career in food business. He opened “Diavolino Pizza & Pasta” with his dad and combined with his passion of welcoming people & costumers to make them feel like home in his restaurant.

After 10 years running its business and learning cooking basics alone, as an autodidact passionate about pastry, traditional French food & Alsatian food is now bringing a European touch in California, precisely in Burbank with his first French “Boutique”. 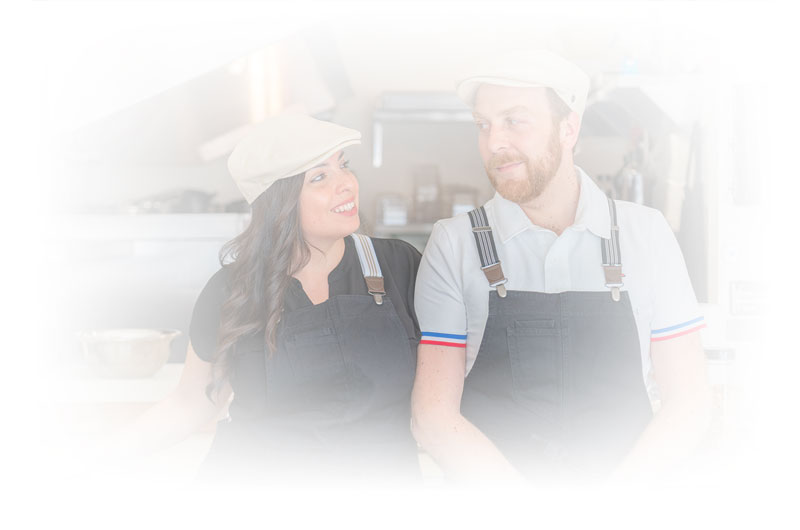 Cindy originally from Mexico City & Alex from Strasbourg met in Playa del Carmen, MEXICO in 2011… for a few months they had long calls and they stayed in touch; but, with the long distance, the contact faded and they both thought it could be just “summer love”.

In 2015 they both reunited and decided to give “long distance love” a tried, but Cindy with a long term goal in Production & Performing Arts was establishing herself in Burbank, the MEDIA DISTRICT so Alex sold his restaurant and cross the Atlantic to join his love and they both decided to establish in California.

As Cindy with her new contacts in the Media Industry, she envisioned the great talent and cooking skills of her husband, they both started with catering on set and with the combination of their skills they both created LE FRENCH ROOSTER.

In June 19th, 2019 they finally celebrated with the support of Burbank Chamber of Commerce, friends, family, neighbors and the Burbank Community their Grand Opening.

As a family business their vision is to grow steadily by providing French Authentic Bites & maintain quality of their products, costumer service & great atmosphere at their French Food & Pastries Boutique.